Transsexuals and transvestites in Switzerland

The directory of transsexuals in Geneva, trans in Lausanne and in Switzerland on Fgirl

Fgirl showcases the most beautiful TS from the Valais. Find in 1 click the most beautiful transsexual escorts who will welcome you in little lingerie and offer you the most relaxing exotic massages you can find in Switzerland. Independent or in erotic salons, transsexuals are appreciated for their joie de vivre and their good mood. Straight Swiss guys like to talk about their attraction to transsexuals, known as TS in the jargon of prostitution. Not to be confused with the acronym TV, which means transvestite. Social anxiety weighs down on these transgender people and so, out of fear of the public, transsexuals in Geneva are entertained behind closed doors in luxurious designer flats. There is also talk of shemales in Switzerland when it comes to trans people, or of the Asian type of Ladyboy. Despite the fact that Switzerland is very religious, it is not fatal to indulge in a little sin alongside a Swiss transsexual from time to time.

But in fact, what is a trans person? The question is recurrent, here is a definition of the transsexuality seen by the Swiss plebeians. A trans is a person whose gender identity does not correspond to the sex attributed to him/her at birth. Simple and clear, this definition puts an end to the trans person's limits regarding his or her responsibility towards mother nature. Some trans people in Neuchâtel identify entirely with the other sex, while others identify themselves outside the categories. One thing is certain: trans people in the Valais love sex, without taboos, and have their first transsexual experiences with amateur straight men. The gentleness of the trans people in the Jura is no longer up for debate, it is a virtue to be discovered whether you are gay or straight, there is no question to be asked, you have to live life's moments as if they were the last.

Question: Do all the Trans people who offer their ads in Switzerland have big penises? Most of them seem to have huge genitals, but I would prefer something "normal".

Answer: The size of the penis of the Trans in Switzerland makes their reputation. Generally speaking, all TS in the French-speaking part of Switzerland have a big penis, as it is in high demand, but some of them may still be to your taste. Consult the ads of the Transex in Switzerland and look carefully at their pictures.

Question: How to recognise at first glance the difference between an ad for a Transex in Switzerland on Facegirl / Fgirl? Because some do not show their sex on the profile pictures.

Answer: It's very simple: The pink framed ads represent the Transex / TV category. Moreover, in order to be sure to be in the right category, we invite you to select the filter in the menu " TS / TV " to be sure to find only transsexuals in Geneva, Lausanne and all the French-speaking Switzerland!

Next Page
Girl of the day

Girl of the day 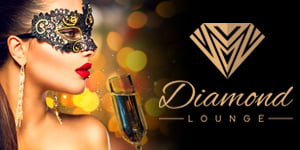 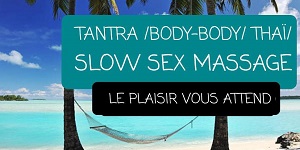 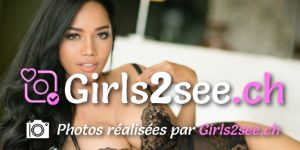 By clicking on 'Enter on Fgirl.ch' you accept the terms of use and confirm be over 18 years.

You are a man and you love sex? Register for FREE on Fgirl to add girls you love in favorite, writing a review and receiving an alert when a girl is back.

Registration is quick and easy.

Write a review of your experience.

Get notified when the girl you want to see is back.

You are a man and you love sex? Register for FREE on Fgirl to add girls you love in favorite, writing a review and receiving an alert when a girl is back.

Registration is quick and easy.

Write a review of your experience.

Get notified when the girl you want to see is back.